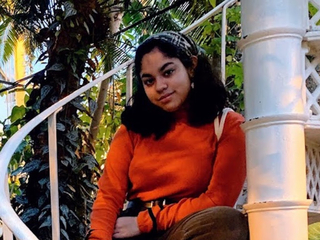 The moral dilemma of a Biden presidency

I know that there are people who aren’t voting at all this presidential election. Though I will be voting for Democrat Joe Biden this fall, lately I prefer stating that “I’m settling for Biden.”

The motto “Settle for Biden” has been flitting around social media , specifically pointed toward voters like me: progressive Americans who care deeply about equity and equality and are fully aware of Mr. Biden’s harmful rhetoric and actions in the past. This is truly a painful election, and I want to stress that I am not telling anyone how to vote, nor am I aiming to invalidate the pain anyone feels from Mr. Biden’s actions or words.

Mr. Biden opposed busing in the 1970s, and he wrote the 1994 Violent Crime Control and Law Enforcement Act that disproportionately harmed people of color and led to the state of mass incarceration we now live in. He’s been accused of sexual misconduct, and has even insulted my own heritage as a mixed-race American, with his stereotyping comments in 2008 about Indian-Americans: “You cannot go to a 7-Eleven or a Dunkin’ Donuts unless you have a slight Indian accent.”

This year’s vote for president is a choice between the lesser of two evils: Joe Biden and his past or Donald Trump and his present.

Over the past four years, President Trump, a Republican, has repeatedly attempted to obstruct justice. He has called white supremacists “ fine people ,” pulled our country away from crucial organizations and agreements, including the World Health Organization and the Paris Climate Agreement , and consistently spewed hateful words about women , immigrants and countless others. He will stop at nothing to get what he wants, so we must stop him by voting.

It’s an uncomfortable choice, but Joe Biden is the right one. He can help steer us away from Trump’s America.

If Mr. Biden wins office, he will have a lot of work to do, including cleaning up Mr. Trump’s mess and moving our country forward, quickly. He’s going to need to create policies that protect oppressed communities, and he’s going to need to actually listen to people of color.

Settling for Mr. Biden means a more diverse Supreme Court. Mr. Trump has already had the opportunity to nominate two conservative Supreme Court justices . In the next four years, another justice is likely to step down, spurring another nomination. If it goes to Mr. Trump, the high court will further erode the rights of immigrants, women and people of color.

Though I’m settling for Mr. Biden, I know many who are not. Mr. Biden must understand that he is not entitled to anyone’s vote. Running an election based on being the “anti-Trump” is frustrating true progressive Americans, who have time and time again outlined what the country needs for a successful future. That often means dismantling systems that are set up to fail people of color, and it always means going beyond words and listening to people of color when they speak up.

Mr. Biden has already formed policy working groups to tackle many of the major issues facing this country and the world, including health care, immigration, criminal justice reform, education, climate change and the economy, according to the New York Times . I was cheered to see Mr. Biden taking on the Biden-Sanders Unity Task Force Recommendations after his meeting with Bernie Sanders, stating that the United States will rejoin the Paris Climate Agreement if he becomes president and will “commit to eliminating carbon pollution from power plants by 2035 through technology-neutral standards for clean energy and energy efficiency.” As we know by now, Donald Trump doesn’t care at all about climate change, which is hitting oppressed communities first.

This is an entirely frustrating election cycle. But based on the past four years (my entire adult life so far), this country and the people of this country cannot achieve equity while Mr. Trump is in office. Having seen the destruction from the Trump White House as it stands, I’ll “Settle for Biden.”

Anjali DasSarma is a rising senior at the University of Maryland, Baltimore County; the incoming editor-in-chief of the campus newspaper, The Retriever; and the summer editorial board intern at The Baltimore Sun. Her email address is adassarma@baltsun.com ; Twitter: @anjalidassarma.